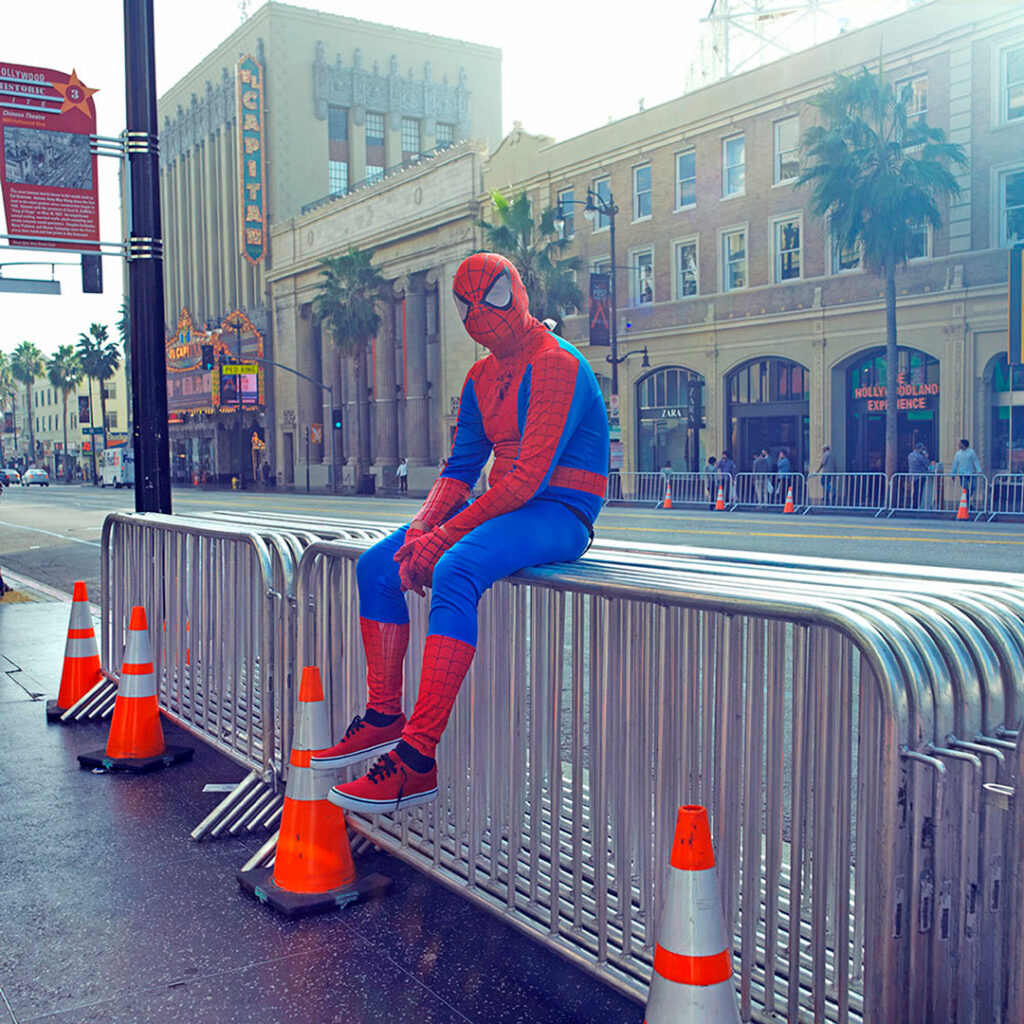 THE CITY OF ANGELS

During my free time, I took a trip to Los Angeles to do a story for El País Semanal, and I was captivated by some characters. A normal thing in L.A. and especially on Hollywood Boulevard is to see a lot of people adopting different personalities. Even if their faces are disguised, covered up or distorted, they are people like you or me with their opinions and conversations, as you can see in this video taken by journalist Alvaro Corcuera.

Last week was the presidential elections in the United States, and as an American living in Spain I was happy to wake up in my country during Election Day. The next morning is when the conversation between Superman and El Monstruo about Obama’s victory took place. And when I took this picture of Spiderman. He, Superman, The Monster and Obama are people (in disguise) and I am a fan of them.