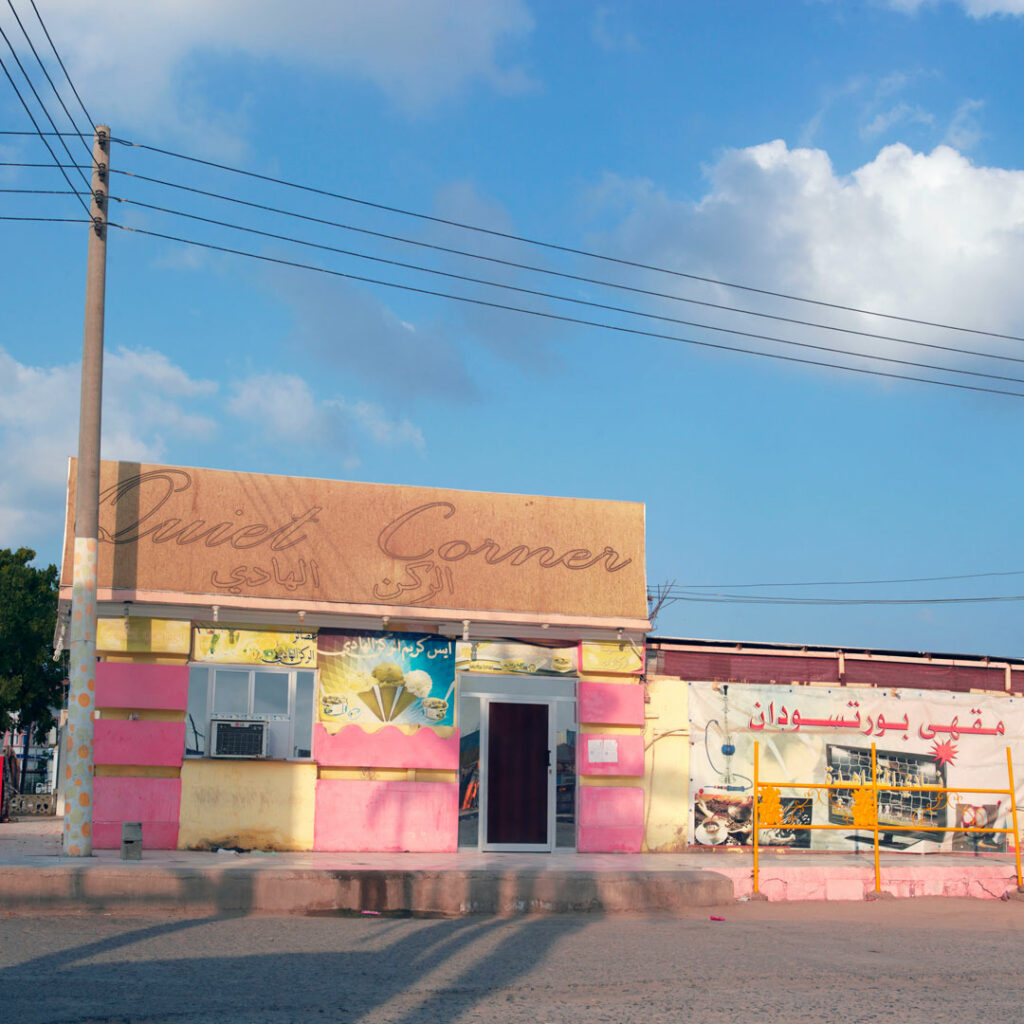 The colors of pink and turquoise rise out of a sand storm. A young woman with plum lips wears a faux fur jacket in 38 degree celsius winter weather. The soccer stadium has no grass, the amusement park no sound in broad daylight. That turquoise paint is now more like fluorescent mint green as we touch down in the Republic of the Sudan.

A quiet corner has turned into an uprising. The president of the Republic of the Sudan Omar Al- Basir has been forced out of power. Protesters came to the streets in December and have been persistent in their mission to make a change. The military sided with protesters and have taken over power until elections can be held. The environment as of today is still unstable as most protesters would prefer a civilian run government. Omar Al-Basir became president 30 years ago out of a military coup and is now wanted by international court for human rights violations and war crimes in Darfur. To give you an idea Sudan is North of South Sudan, south of Egypt and surrounded by the Central African Republic, Libya, Chad, Eritrea, Ethiopia and The Red Sea on the African continent. A few years ago I was invited to visit Sudan and immediately accepted. Upon the news of its current situation I would like to share my photographs and some of the notes from my journal.

I traveled to Sudan on an invitation from the UNWTO and was given the opportunity as a photographer to see a country very little traveled. Aside from all the contradictions and conflict that exist in traveling to a country with human rights violations, as a brave heart I enjoy traveling to unique destinations and experiencing authentic places.

Searching for the Fuzzy Wuzzy

“Fuzzy-Wuzzy” was the term used by British colonial soldiers for the 19th-century Beja warriors supporting the Sudanese Mahdi in the Mahdist War”, and Rudyard Kipling wrote a poem in their honor. The respect the soldiers had for them came from the British Infantry squares that were broken by these tribal warriors and their martial prowess. Winston Churchill declared them the only tribe that ever defeated the British Army.

The Red Sea is only about 20 blocks away from this market, but there is a strange sensation from their dusty powdered skin that these men never go there. They walk herding camels for weeks and sometimes months, with no reference to time and distance at all. The only interest in water is for drinking. This photograph is one of my encounters with the Fuzzy Wuzzies.

When you travel to a place like this you either end up in a mini van with velvet curtains bordered by colorful tassels or a moped dressed up as some kind of parade float. Trying to cast the best character for a possible script, a group crowded around our minivan, trying their hardest to see inside the dark tinted windows. It could have been a group of naked ladies in a tank of bubbly water or it could have been the local guy who sells sandals and they would have had the same expression. The one of hear no evil, see no evil, don´t even know what evil is, that is the feeling I got from these men.