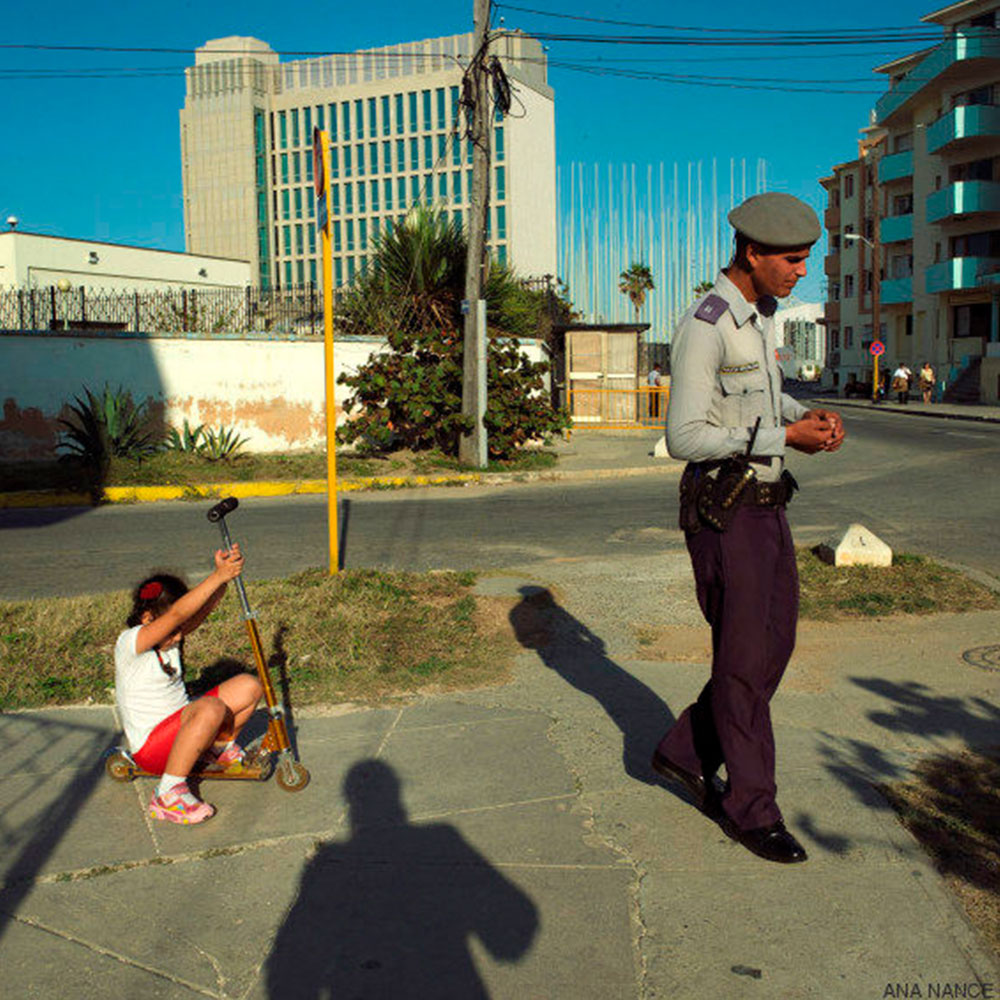 The American flag was already there by hope and desire, or simply because it is iconic.

Two years ago I traveled to Cuba with the premonition that soon this island would change if not already. One of the areas I strolled around was the old American Embassy in Havana.

The metal sticks that surrounded the compound made an impression just like the little girl that rode her scooter in and around one of the Cuban policemen that patrolled the area.

A woman in Santiago de Cuba walking home from the market proudly smiled as I asked her to pose; not only was she wearing the American flag on her head, she was standing in front of the Cuban flag painted on the wall.

In another instance on the beach in Siboney, near Santiago, a group of young people were having a good time on a Sunday afternoon. In that photograph one of the girls is dancing straddling another and also has a bandana of an American flag on her head.

Back in Havana at the art school, ISA, when walking around the painters studio, I came across a not-quite finished painting with a skull and again a bandana on his head.

Whether it is conscience or not, positive or negative, the flag;s presence never really left.

As new relations between Cuba and the United States have drawn closer it is even more obvious. This past week not only has the American Embassy in Havana reopened but images have been pouring out of people hanging the flag, in their businesses, on their balconies and wearing them on their clothes, showing their content that once again they will have the chance to travel and relate to some of the people they love only some 90 miles across the water.